In seismic response analysis two types of combinations are to be considered:

1)        the modal responses combination, for any assigned seismic spatial component,

2)        the combination of the responses to the seismic spatial components (two horizontal components, orthogonal each other,  and one vertical)

A comprehensive illustration of these combinations is provided in Chapters 3 (Combination of modal responses) and 4 (Response to multi-components of earthquake) of the book “Response Spectrum Method In Seismic Analysis and Design of Structures” by Ajaya Kumar Gupta (see ref. [16.]).

This subject is dealt with in several standards or regulatory guides among which the following are examined herein below:

The combination rule to be used for individual modal responses depends upon whether the responses are periodic, rigid or both (see R.G. 1.92 Rev. 3).

These regions are AB, BC and CD, respectively, in Figure 1 and Figure 2.

The periodic response corresponds to the transient phase in theory of vibrations.

Rigid responses occur in the high-frequency regions of the spectrum (regions EF and FG in Figure 1 and Figure 2).

The rigid response corresponds to the steady-state phase in theory of vibrations.

Both periodic and rigid responses occur in the intermediate region between amplified spectral acceleration and high-frequency (region DE in Figure 1 and Figure 2).

Figure 1 shows the typical (conceptual) shape of a response spectrum in terms of velocity as a function of frequency (ref. to R.G. 1.92).

The periodic modal responses of an earthquake are combined with the following rules:

According to the US standards and Eurocode 8 (EC8-1, para. 4.3.3.3.2), the selection of the most appropriate method depends upon the main modal frequencies separation or independence (un-correlation); while the NTC 2008 allows only the CRC method (see para. 7.3.3.1).

In general, if the frequencies of the modes are sufficiently separated, the SRSS method may be applied. The Eurocode uses the words “modes are independent” instead of “not closely spaced”, adopted by the U.S. standards,  what has an equivalent meaning.

If modes with closely spaced frequencies exist, the SRSS method is not applicable and the CQC method is to be used.

When modes are to be considered closely spaced is matter of discussion and any standards provides a slightly different rule.

According to R.G. 1.92, modes are considered closely spaced when:

The EC8-1 definition is more conservative than R.G. 1.92 since does not provide any allowance for the critical damping ratio effect.

The rigid responses and rigid components of responses are combined algebraically.

The directional effects of an earthquake are combined with the following rules:

Description of the combination rules

Requirements of the applicable Codes

R.G. 1.92 Rev. 3 (ref. [1.]) with the Regulatory Position C.2 states that using the 100-40-40 percentage combination rule proposed by Newmark (see ref. [22.]) is acceptable as an alternative to the SRSS method for combination of spatial components.

In the ref. [22.]) paper, Newmark so describes the proposed method:

“Alternatively, one can use the procedure of taking the seismic forces corresponding to 100 percent of the motion in one direction, combined with 40 percent of the motions in the other two orthogonal directions, then adding the absolute values of these, to obtain the maximum resultant forces in a member or at a point in a particular direction, and computing the stresses corresponding to the combined effect. In general, this alternative method is slightly conservative for most cases and is quite adequate since its degree of conservatism is relatively small.“

For response spectrum (RS) analysis, the R.G. 1.92 Rev. 3 argues that the 100-40-40 percent rule “is the only alternative (to SRSS) method for spatial combination that has received any significant attention in the nuclear power industry”. With respect to the SRSS method, the 100-40-40 method “produces higher estimates of maximum response….by as much as 16%, while the maximum under-prediction is 1%.”

In EN 1998-1:2004 (ref. [24.]), paragraph 4.3.3.3.2, the code requires that, when the main modal responses can be considered to be independent each other, the seismic response is obtained with the SRSS method applied to each mode; but, if the modes cannot be considered independent, the CQC is recommended.

The effects of each modes (for a given direction of the seismic action) shall be combined with the CQC rule (see para. 7.3.3.1).

The effects due to the different directions of the seismic action shall be combined with the 100-30-30 percentage rule (see para. 7.3.5).

Regarding the number of modes, in para. 12.9.1 the standard requires that “The analysis shall include a sufficient number of modes to obtain a combined modal mass participation of at least 90 percent of the actual mass in each of the orthogonal horizontal directions..”

For what regard the mode combination, paragraph 12.9.3 requires the use of SRSS, or the CQC or the CQC-4 (the CQC as modified by ASCE 4), or an approved equivalent approach. The CQC or CQC-4 shall be used when the closely spaced modes are important.

No other rules are specified for non-building structures dealt with in Chapter 15.

Paragraphs 3.2.7.1.2 “Combination of spatial components” and 3.2.7.2 “Combination of Spatial Components for Time History Analysis” adopt the 100-40-40 Percent Rule as an alternative to the SRSS with the (Eq. 3.2-26) and (Eq. 3.2-30) that are identical even though the former referred to the Response Spectrum Analysis and the latter to the Time History Analysis. The equations are written as follows:

[A total of  3 x 23 = 24 combinations are to be considered; my equation has the first sign ± inside the squared brackets and not outside as given in ASCE 4-98].

Paragraph C3.2.7.1.2 “Combination of components” provides a short illustration of the background of the 100-40-40 percent rule adopted in equation 3.3-26 of the standard. “…It is based on the observation that the maximum increase in the resultant for two orthogonal forces occurs when these forces are equal. The maximum value is 1.4 [= √(2)] times one component. As a consequence, it can be shown that 100-40-40 Percent Rule is, in general, more conservative than the SRSS Rule and is a reasonable procedure to use given the basic uncertainties involved…”

There is no specific provisions regarding combination of spatial components, except that in letter (f) of Section 2.4 is stated that:

“To be considered statistically independent, the directional correlation coefficients between pairs of records shall not exceed a value of 0.30 (see Definitions in this Standard). Simply shifting the starting time of a given accelerogram does not constitute the establishment of a different accelerogram. If uncoupled response of the structure is expected, then only one time history is required. Then, the seismic analysis for each direction can be performed separately and then combined by the square root of the sum of the squares (SRSS).”

As an alternative the SRSS rule can be used.

There is no specific requirement.

“SRSS3 method is the simplified form of CQC3 method. SRSS3 method would have a rather large error if the natural periods of the structure are close to each other, namely modal correlation coefficients of structure are large....The SRSS method is convenient  to the analysis of structures; … many seismic code adopt it as normal combination method for multiple mode seismic responses. … the results of percentage rules are usually conservative, and in most cases area reasonable.”

The authors argument that “the simultaneous action of the bidirectional moments … required by the SRSS combination is in this case (a column in a structure with orthogonal frames) unreasonably conservative.”

This statement is supported referring to a detailed discussion on this issue developed by Menun and Der Kiureghian in 1998 and 2000.

In ref. [16.], Gupta discusses in depth the combination of modal responses (Chapter 3) and the response to multi-components of earthquake (Chapter 4) presenting the SRSS method (published in 1953 as Goodman-Rosenblueth-Newmark rule, see ref. [30.] and [31.]), the CQC method (provided in Der Kiureghian’s equation, see ref. [23.]), and the absolute sum method.

The percentage method is never explicitly cited, but the theoretical bases for it are provided in Chapter 4, where the superposition of the i-modes is provided as linear combination with coefficients Ci that have different values for different modes but can be approximated by the value 0.41 (page 4-15) that, if applied to the second mode, leads to a maximum error of 8%. This discussion refers anyhow to the combination of modes and not to combination of directional actions, even though  chapter 4 deals with “Response to multi-components of earthquake”.

The authors point out that this rule for the simple case of a column would lead to 256 combinations because of three element forces (1 axial load and two moments) to be considered with both + or – sign and because of two horizontal seismic actions.

In ref. [19.] Chapter 15, pages 15-12, Wilson discusses the orthogonal effects in spectral analysis if the percentage 100%-30% rule is introduced. According to Wilson “… For structures that are rectangular and have clearly defined principal directions, these percentage rules yield approximately the same results as the SRSS method …”.

In ref. [20.] the author points out (see page 14) that in response spectrum analysis the percentage rule is applied for the directional combination only, while SRSS and CQC3 apply to modal combination, too.

He provides the following recommendations (page 30):

This paper offers also (page 49) a short discussion of the directional combination procedure: 100-30.

Wallace in ref. [21.], slide 59, provides the UBC-97 requirements that as per 1633.1 states that “For some structures (irregular), combination must consider orthogonal effects: 100% of seismic forces in one direction, 30% in the perpendicular direction.” Really, as discussed above, the UBC 97 is formulated in a different way. 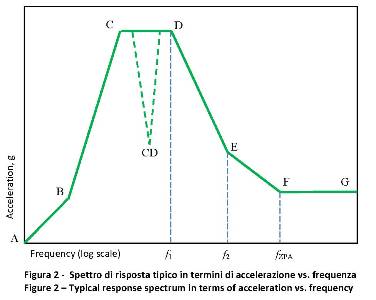 (https://www.researchgate.net/publication/245304455_Envelopes_for_Seismic_Response_Vectors_I_Theory)  Full Text can be requested to the Author form this link

[12.]               Approximate Design for Multicomponent Earthquakes, by Emilio Rosenblueth and Humberto Contreras – Journal of the Engineering Mechanics Division 103(5) - October 1977 – (https://www.researchgate.net/publication/238191256_Approximate_Design_for_Multicomponent_Earthquakes) Full Text can be requested to the Author form this link, oppure (http://nisee.berkeley.edu/elibrary/Text/2014011512)